How Matthew Berdyck Investigated And Exposed A Cancer Cluster in Moab, Utah

How Matthew Berdyck Investigated And Exposed A Cancer Cluster in Moab, Utah 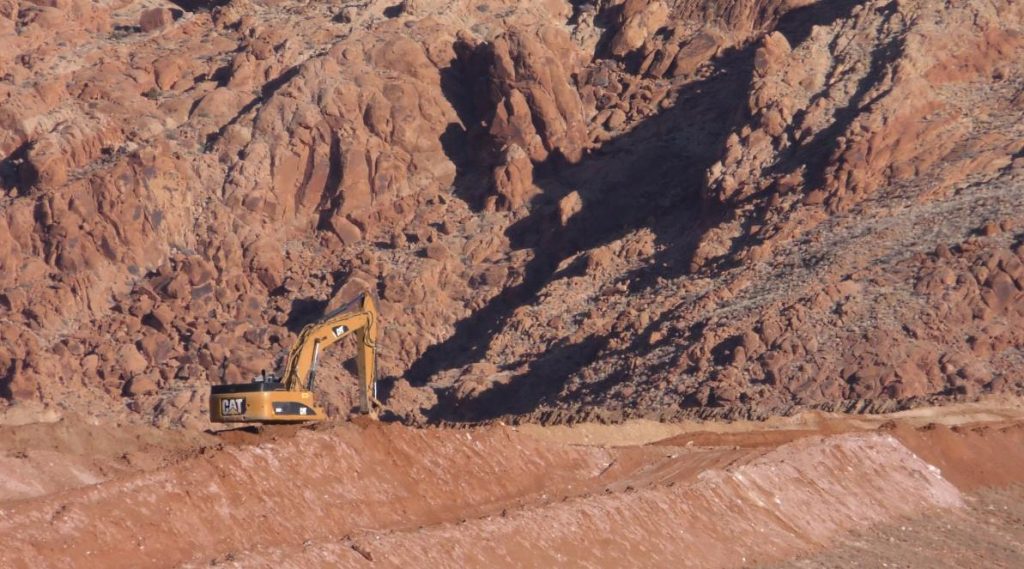 I’d randomly wandered into Moab, Utah after taking a spontaneous left from I-80 west at Crescent Junction, onto 191. Blowing into town on a cloud of dust led me to a hotel called the Gonzo Inn; a small, creatively spun, inn, handcrafted from the legacy of Thompson, himself.

At the desk, I met a man with a cleft pallet. He started telling me that a generation of local children had been born with cleft pallets. He told me that Moab had been the home of a uranium processing facility where freshly refined Uranium was transformed into yellowcake, a step in the processing of uranium after it has been mined but before enrichment.

He told me that the cleft pallets and high lung cancer rates may have been due to the uranium dust that was windswept all over town by the trucks that had brought the raw uranium into Moab. In the 1950s, the town had been dubbed the Uranium capital of the United States, after massive uranium deposits were discovered.  He said, “Did you see those huge piles of dirt about three miles north of town? That’s a uranium cleanup.”

Just north of town sits the Moab, UMTRA project, the last and largest DoE cleanup for the UMTRA.

“The Uranium Mill Tailings Radiation Control Act (1978) is a United States environmental law that amended the Atomic Energy Act of 1954 and authorized the Environmental Protection Agency to establish health and environmental standards for the stabilization, restoration, and disposal of uranium mill waste.”

Mill tailings are created during the second step of the uranium refinement process; they’re the rubble left over after separating the uranium from rock.  Bits of uranium are left behind during the process, creating radioactive waste.

The man told me that it seemed like every he knew had lung cancer.  I told him, “I run an environmental organization, I can look into that for you if you’d like.”  I retreated to my room and started feverishly researching the subject matter until I learned that there was a federally confirmed cancer cluster in Moab.   Later, I asked him if he’d seen the study.  He told me he hadn’t.

This lack of awareness of the cancer cluster left me curious.  The rest of the night, I walked around town asking locals if they knew of the cluster or if they had heard of the study.  I’d like to say it was to my dismay that no one knew about it but by that point in my career, with the bitter awareness of our disturbing environmental reality that I have obtained, I’d have been more taken aback to find someone who actually knows about even one-tenth of what I know.

The next morning I woke up, downed an exceptionally large amount of coffee, and went on a trek to check out the Moab UMTRA project.    When they’d closed down the uraniuim processing facility, they’d knocked it down and buried it.  But they’d buried it too close to the Colorado River.  Later it was learned that isotopes of uranium had entered the river and had been traced as far away as Lake Mead, a drinking water source for Los Angeles.

The Moab area is prone to flash flooding.  The concern was that a flood would occur, spill through the area, and it would wash large amounts of uranium into the Colorado River.  The Department of Energy’s UMTRA project vowed to dig up the old facility and bury everything in a safe place in the desert, away from human beings, at a site near Crescent Junction.

The UMTRA project, which began in 1978, is estimated to have quietly cleaned up 40 million cubic yards of low-level radioactive material, across 22 designated sites.  The Moab Umtra uranium mill tailings cleanup in the last cleanup of its kind left in the country.  After the unearthed the former yellowcake facility, the DoE covered the entire pile of demolitions with daily water sprayed dirt, to prevent uranium dust from blowing around town.

Returning to my hotel, my head was spinning, vertically.  I’d already spent many years traveling the country, investigating the US EPA’s Superfund project, a federal program encompassing over 1,300 toxic waste sites, only to discover yet another government cleanup project was going on under our noses, that we the people had never been informed.  This is why I lie awake at night, staring at the ceiling, in silence.

I lied back in bed and thought about the task in front of me.   I knew one thing; since I had not been able to find anyone who knew about the cancer cluster, it had to be exposed.  There was no confusion about that.

Exposing a cancer cluster is important because sometimes people don’t take their illnesses seriously.  They wait years before going to the doctor and then learn that they have been stricken with stage 4 cancer when it’s far too late to recover.  If citizens are aware they’re living in a cluster, they have a much better awareness that they need to be proactive about their health.  A person is far more likely to go to a doctor.  It’s also much easier for the doctors themselves to make a diagnosis when they have all of the proper information.

I knew already that if I was going to get the word out that I would have to leave town.   Sometimes small towns don’t react to well to the news of a potential health issue, or any bad news, for an array of reasons.  Some people worry about their property values while others worry about the economic viability of living in a tourist area that has been branded the site of a cancer cluster.  The news might kill the tourism, the primary source of industry in Moab, one might assume.

I traveled 90 miles south on 191, to Monticello, Utah, checked into a hotel and began exploring what it was going to take the get the word out to the people of Moab.  When dealing with campaigns, the most important thing one can do when educating a small town run the campaigns in a localized way, as not to go out of your way to give the town a national negative branding.

I created a Facebook campaign target marketing to people who live in Moab, Utah, over the age of 35, creating a nice, tight audience to create a good, solid, word of mouth rumor mill, in the community.   It cost me roughly $100, but over the following 24 hours, I managed to light that town on fire with the news of the cluster and the associated but previously unreleased study.

Moab has a population of about 5,500 or 1,900 households.  My campaign with the words cancer cluster had quickly reached 2,000 over people and engaged 500, or one-quarter of the households.

The community response was typical of most of our campaigns.  Some people don’t want to know.  Some people support me as others accused me of being politically motivated.  One person said, “That’s a great lesson about the UMTRA project and local cancer research.”  Another said, “This nothing but a bunch of liberal lies, I live here in Moab, Utah!”

Regardless of their response, the community had been educated, whether people liked me or not.  Doing this kinid of work isn’t as rewarding as people might think.  The burden of knowledge is sure to kill any residual joy that may have been left in your spirit.  Then someone tells you that you’re a piece of human shit for trying to help others.

I supposed I’m vastly misunderstood (read: I’m just an asshole, according to most, a trouble maker.) but everyone who meets  and talks with me says the same thing, “You have the right intentions.”  I do.  I care about this subject.  I’m convinced, from years of investigation, that most people don’t know about the current state of our environment, our cleanups, our infrastructure, how vast the root of the problem truly is.

Walking into Moab and asking a few very good questions is a revealing example of what we generally don’t know about, the sobering scale of the environmental nightmare we’re living in.

As far as the cluster went, the study claims that it’s caused by smoking but an astute reader will note that the cancer rate, in Moab, is similar to that experienced by Navajo uranium miners, a 40% higher likelihood of lung cancer than Navajo that didn’t mine.  Cancer is a really easy thing to blame on a lot of sources; other toxic toxic exposures or even genetics.

I’ve been back to Moab a few times over the last few years.  No one has noticed me.

You can read the full report below: