Running Timeline of the Manhattan Project

Running Timeline of the Manhattan Project 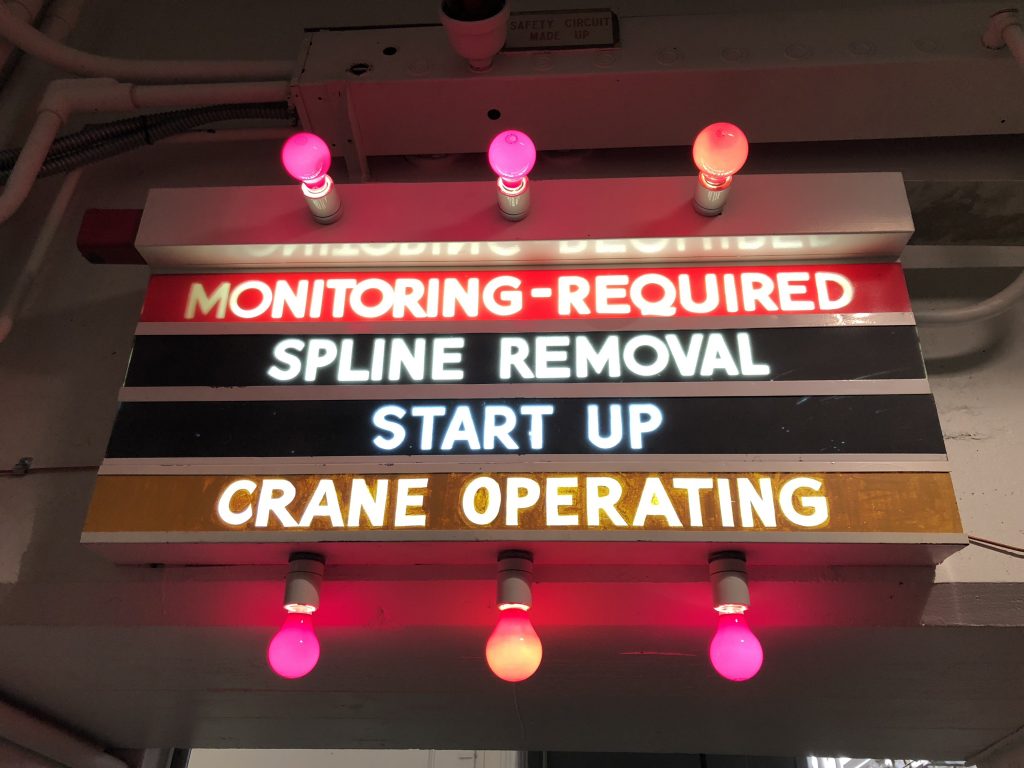 August 2: Albert Einstein signs the letter (Einstein–Szilárd letter), authored by physicist Leó Szilárd and addressed to President Franklin D. Roosevelt, advising him to fund research into the possibility of using nuclear fission as a weapon as Nazi Germany may also be conducting such research.

October 11: Economist Alexander Sachs meets with President Roosevelt and delivers the Einstein–Szilárd letter. Roosevelt authorizes the creation of the Advisory Committee on Uranium.

October 21: First meeting of the Advisory Committee on Uranium, headed by Lyman Briggs of the National Bureau of Standards. $6,000 is budgeted for neutron experiments.

March: University of Birmingham-based scientists Otto Frisch and Rudolf Peierls author the Frisch–Peierls memorandum, calculate that an atomic bomb might need as little as 1 pound (0.45 kg) of enriched uranium to work. The memorandum is given to Mark Oliphant, who in turn hands it over to Sir Henry Tizard.

April 10: MAUD Committee established by Tizard to investigate the feasibility of an atomic bomb.

May 21: George Kistiakowsky suggests using gaseous diffusion as a means of isotope separation.

September 6: Bush tells Briggs that NDRC will provide $40,000 for the uranium project.

February 25: Conclusive discovery of plutonium by Glenn Seaborg and Arthur Wahl at the University of California, Berkeley.[16]

May 17: A report by Arthur Compton and the National Academy of Sciences is issued which finds favorable the prospects of developing nuclear power production for military use.

June 28: Roosevelt creates the Office of Scientific Research and Development (OSRD) under Vannevar Bush with the signing of Executive Order 8807.  OSRD absorbs NDRC and the Uranium Committee. James B. Conant succeeds Bush as the head of NDRC.

July 2: The MAUD Committee chooses James Chadwick to write the second (and final) draft of its report on the design and costs of developing a bomb.

July 15: The MAUD Committee issues final detailed technical report on design and costs to develop a bomb. Advance copy sent to Vannevar Bush who decides to wait for the official version before taking any action.

August: Mark Oliphant travels to USA to urge development of a bomb rather than power production.

October 9: Bush takes MAUD Report to Roosevelt, who approves Project to confirm MAUD’s findings. Roosevelt asks Bush to draft a letter so that the British government could be approached “at the top.”

December 6: Bush holds a meeting to organize an accelerated research project, still managed by Arthur Compton. Harold Urey is assigned to develop research into gaseous diffusion as a uranium enrichment method, while Ernest O. Lawrence is assigned to investigate electromagnetic separation methods which resulted in the invention of Calutron.[25][26] Compton puts the case for plutonium before Bush and Conant.

December 7: The Japanese attack Pearl Harbor. The United States and Great Britain issue a formal declaration of war against Japan the next day.

January 24: Compton decides to centralize plutonium work at the University of Chicago.

July–September: Physicist Robert Oppenheimer convenes a summer conference at the University of California, Berkeley to discuss the design of a fission bomb. Edward Teller brings up the possibility of a hydrogen bomb as a major point of discussion.

September 23: Groves is promoted to brigadier general, and becomes director of the project. The Military Policy Committee, consisting of Bush (with Conant as his alternative), Styer and Rear Admiral William R. Purnell is created to oversee the project.

September 29: Under Secretary of War Robert P. Patterson authorizes the Corps of Engineers to acquire 56,000 acres (23,000 ha) in Tennessee for Site X, which will become the Oak Ridge, Tennessee, laboratory and production site.

September 26: The Manhattan Project is given permission to use the highest wartime priority rating by the War Production Board.

October 19: Groves appoints Oppenheimer to coordinate the scientific research of the project at the Site Y laboratory.

November 16: Groves and Oppenheimer visit Los Alamos, New Mexico and designate it as the location for Site Y.

December 2: Chicago Pile-1, the first nuclear reactor goes critical at the University of Chicago under the leadership and design of Enrico Fermi, achieving a self-sustaining reaction just one month after construction was started.

January 16: Groves approves the development of the Hanford Site.

April 20: The University of California becomes the formal business manager of the Los Alamos laboratory.

Mid-1943: The S-1 Committee was eliminated by mid-1943, as it had been superseded by the Military Policy Committee.

July: The president proclaims Los Alamos, Clinton Engineer Works (CEW) and Hanford Engineer Works (HEW) as military districts. The Governor of Tennessee Prentice Cooper was officially handed the proclamation making Oak Ridge a military district not subject to state control by a junior officer (a lieutenant) he tore it up and refused to see the MED District Engineer Lt-Col James C. Marshall. The new District Engineer Kenneth Nichols had to placate him.

August 13: Kenneth Nichols replaces Marshall as head of the Manhattan Engineer District.  One of his first tasks as district engineer is to move the district headquarters to Oak Ridge, although its name did not change.

September 8: First meeting of the Combined Policy Committee, established by the Quebec Agreement to coordinate the efforts of the United States, United Kingdom and Canada. United States Secretary of War Henry Stimson, Bush and Conant are the American members; Field Marshal Sir John Dill and Colonel J. J. Llewellin are the British members, and C. D. Howe is the Canadian member.

October 10: Construction begins for the first reactor at the Hanford Site.

January 11: A special group of the Theoretical Division is created at Los Alamos under Edward Teller to study implosion.

April 5: At Los Alamos, Emilio Segrè receives the first sample of reactor-bred plutonium from Oak Ridge, and within ten days discovers that the spontaneous fission rate is too high for use in a gun-type fission weapon (because of Pu-240 isotope present as an impurity in the Pu-239).

May 9: The world’s third reactor, LOPO, the first aqueous homogeneous reactor, and the first fueled by enriched uranium, goes critical at Los Alamos.

September 2: Two chemists are killed, and Arnold Kramish almost killed, after being sprayed with highly corrosive hydrofluoric acid while attempting to unclog a uranium enrichment device which is part of the pilot thermal diffusion plant at the Philadelphia Navy Yard.

September 26: The largest nuclear reactor, the B reactor, goes critical at the Hanford Site.

Late November: Samuel Goudsmit, scientific head of the Alsos Mission, concludes, based on papers recovered in Strasbourg, that the Germans did not make substantial progress towards an atomic bomb or nuclear reactor, and that the programs were not even considered high priority.

May 10: Second meeting of the Target Committee, at Los Alamos.

May 28: Third meeting which works to finalize the list of cities on which atomic bombs may be dropped: Kokura, Hiroshima, Niigata and Kyoto.

June 11: Metallurgical Laboratory scientists under James Franck issue the Franck Report arguing for a demonstration of the bomb before using it against civilian targets.

July 16: the first nuclear explosion, the Trinity nuclear test of an implosion-style plutonium-based nuclear weapon known as the gadget at Alamogordo;[82] USS Indianapolis sails for Tinian with nuclear components on board.

July 19: Oppenheimer recommends to Groves that gun-type design be abandoned and the uranium-235 used to make composite cores.

July 25: General Carl Spaatz is ordered to bomb one of the targets: Hiroshima, Kokura, Niigata or Nagasaki as soon as weather permitted, some time after August 3.

August 6: B-29 Enola Gay drops Little Boy, a gun-type uranium-235 weapon, on the city of Hiroshima, the primary target.

August 9: B-29 Bockscar drops a Fat Man implosion-type plutonium weapon on the city of Nagasaki, the secondary target, as the primary, Kokura, is obscured by cloud and smoke.

August 12: The Smyth Report is released to the public, giving the first technical history of the development of the first atomic bombs.

August 14: Surrender of Japan to the Allied powers.

August 21: Harry Daghlian, a physicist, receives a fatal dose (510 rems) of radiation from a criticality accident when he accidentally dropped a tungsten carbide brick onto a plutonium bomb core. He dies on September 15.

October 16: Oppenheimer resigns as director of Los Alamos, and is succeeded by Norris Bradbury the next day.

May 21: Physicist Louis Slotin receives a fatal dose of radiation (2100 rems) when the screwdriver he was using to keep two beryllium hemispheres apart slips.

August 1: Truman signs the Atomic Energy Act of 1946 into law, ending almost a year of uncertainty about the control of atomic research in the postwar United States.[99]

January 1: the Atomic Energy Act of 1946 (known as the McMahon Act) takes effect, and the Manhattan Project is officially turned over to the United States Atomic Energy Commission.